It is official. The Yukon government his finally exited the marijuana business once and for all. By finally shutting down its website, the government has turned over pot sales, distribution, and delivery to the private sector. If you live in the Yukon and use pot, this should be a happy day for you.

The Yukon is Canada’s westernmost territory and its least populated, with just 40,200 calling it home. It is served by six licensed marijuana dispensaries and a single licensed producer. All seven of the businesses are now free to compete against one another without having to compete with the government as well.

Is this a good or bad thing? By all accounts, it is good. Getting government out of retail sales eliminates a competitor with a clear advantage. It frees up the private sector to do business the way it is meant to be done. Hopefully, it ultimately means consumers have more choices in terms of products, availability, and pricing.

A big part of the government’s involvement in the Yukon was to facilitate online sales and home delivery, two things that residents were adamant about during the run up to legalization a few years ago. Some 58% made it clear that online sales and home delivery were especially important to them. Thus, the government established a website to meet those needs.

With the government now out of the business, it is up to the Yukon’s six retail outlets to figure out how to make online sales and home delivery work. The market is competitive enough that few doubt the private sector’s ability to come through. Time will ultimately tell, though.

It is All About Convenience

So why are people so concerned about online sales and home delivery? It is all about convenience. Needless to say, the Yukon is not a densely populated territory dominated by half-a-dozen metro centers. Whitehorse is the territory’s largest town with a population of about 28,000. The remaining population is scattered throughout the territory’s rural areas.

If you live in the Yukon but nowhere near Whitehorse, getting your hands on legal cannabis is anything but convenient. If you can order online and choose home delivery instead of traveling into the city, you are more likely to do so. Why drive to Whitehorse when the dispensary will come to you?

A Similar Scenario in the States

The U.S. is obviously more densely populated than the Yukon. But there are certain areas of the country that are just as rural. Take rural Utah, for example. The state itself only boasts a few major metropolitan areas. Yet a good portion of the population lives in rural areas.

The owners of the Utah dispensary Beehive Farmacy say that rural medical cannabis patients find driving into the city to get their medications just as inconvenient as the Yukon’s rural population. Fortunately, the Utah legislature approved home delivery in 2021. Now it is a matter of offering delivery options throughout the entire state.

Home delivery does have its drawbacks for operators. First is the prospect of dealing with a combination of cash and marijuana. Courier operators are natural targets for crime. Second is the logistics problem. At least in Utah, setting up distribution centers is not as viable as it would seem. So deliveries need to come directly from city dispensaries. That means patients could wait several days to get their medicines.

It will be interesting to see how online sails and home delivery go with the Yukon’s private sector. If all goes well, the territory could provide a model for similar services elsewhere. 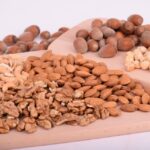 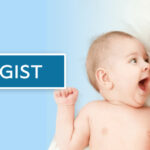 Top Questions To Ask While Visiting A Gynecologist

What Makes the Best Aesthetic Clinic in Singapore