Founded in 2016, Dante Labs went from a small startup to generating over $100M in revenue in just six short years. CEO and co-founder Andrea Riposati was recently interviewed about the company’s journey to success.

According to Riposati, Dante Labs has been profitable since 2018, just two years after its founding. The two founders still own over 90 percent of the company, a feat almost unheard of among startups eager to obtain as much investment funds as possible during their early years. Andrea Riposati has some wise advice for other startups looking to succeed and battle the hurdles of lean years, where investors are not as abundant on the horizon.

One of the pertinent points that Logan Plaster brings to the forefront is the decision that Andrea Riposati and his partner manage to own 90 percent of Dante Labs still and still have revenues in the range of $100M. Andrea Riposati has advice for new startups regarding that strategy. “First, we decided to grow Dante Labs and pay more attention to revenue than to bring in investors. We felt that diluting our shares would not benefit the company as much as simply focusing on scaling the business with the resources available to us. Riposati’s other advice to startups is to focus on the audience. He says, “Focus on building a product people will buy.” The other side of the coin is to limit investments until revenues increase. “Then you can take on investments without diluting share ownership,” he says.

An example that Riposati offers is how, in the beginning, they had no lab to run the sequencing. “If we had invested in building a lab at that stage, we would have had an empty lab with very few tests to run. But by waiting, by outsourcing the sequencing in the early stages, it allowed us to grow the business and do A/B testing to ensure that our tests were the best they could be.” Only when they reached the sample volume to run a lab at total capacity, did they take on an investor to build out the lab. “This is the only way to run a lab profitably,” says Riposati.

Finally, Riposati emphasizes that working with investors who share the same beliefs is important. “Because,” says Riposati, “they will be like a partner with your company, and then you will not have to fight with them to try to convince them to do something that they don’t want to do.” 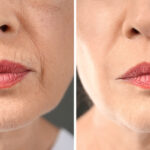 Wrinkle Removal Without Surgery: How It’s Done in Singapore

Is It Time I Had a Baby?

What Makes the Best Aesthetic Clinic in Singapore